Ymir is a lesbian character from Attack on Titan.

Ymir was a child from Marley, and was implied to be an orphan. She was taken in by a mysterious man who proclaimed to a group of Eldians that she was the descendant of royal blood, bestowing upon her the name “Ymir” from the founder of all Eldians, Ymir Fritz. When discovered by Marleyan authorities, the cult was arrested and injected with Titan serum. Many years later, in 845, she awoke from a deep slumber as a Pure Titan and ate Marcel Galliard, which gave her the abilities of the Jaw Titan. She lived as a thief on the outskirts of Wall Sheena until entering the 104th Training Corps, and graduated from the Scout Regiment. She faced death in Marley, where she was eaten by Porco Galliard, Marcel’s brother.

Ymir was a slender young woman, with shoulder length chesnut hair, parted down in the middle, black in the manga, which she used to tie back into a low ponytail. During the Clash of Titans arc, it could be said that some of it was cut off, as she was seen with hair that stopped to her neck later on. Her cheeks have freckles on them, and had gold eyes, grey in the manga. Compared to her other fellow soldiers, especially Historia and Connie, she was considerably tall.

Her civilian clothes consist of a v-neck, white shirt and dark pants, which she wore during the Female Titan arc, and up until her death. As a Scout, she wore the same outfit, although her shirt was darker. Around 785, when seen as a goddess, she had on a white halter dress, accompanied with a belt.

Initially, Ymir was introduced as selfish and nit-picky, and took no care of what others thinked of her. This type of behavior was shown when she didn't hold back when claiming that Armin's squad was dead, and showed no sympathy to him. In the AOT Official Guidebook, she was said to not interact with the other members of the Training Corps, apart from her lover, Historia Reiss (known as Krista Lenz during that time). Despite this, she was still willing to help Sasha with her dialect, although she did it in a rather rude manner, and said that her polite way of talking got on her nerves.

Still, her personality is based around selflessness, and took the blame for the existence of the cult by lying, thinking it would save them. Upon waking up as a human, she vowed to herself that she would live her life as selflessly as possible, and think only of herself. Despite this, she still sacrificed her life for Reiner and Bertolt, apologized for eating Marcel even though she had little awareness, and lived for Historia instead of herself.

Ymir was perspective, and immediately took notice of Sasha's fake accent, Reiner's dissociative identity disorder, and was easily able to grasp and understand her situation after being captured with Eren. While she had revealed a kind side, she was still quick to mock other people, such as when she called Eren a stupid kid because of the way he acted and belittled Connie for suggesting a Titan was originally his mother.

Whilst Ymir's sexuality is never confirmed explicitly, it is accepted by the majority of fans that she is lesbian, as her only canon love interest was Historia and there is a scene with Reiner in which it can be implied she expresses a disinterest in men. In the Junior High Series, Historia and Ymir "break up" and Ymir mentions she'll find another cute blonde girl and goes with her on a date. In the prequel to the Junior High Manga series; Marley Academy, near the end, girls are seen fawning over Ymir: an act that makes her blush.

With Ymir being one of the most popular characters in the series, her ships with women tend to be popular as well, unlike her ships with men they're instead viewed very lowly from the fandom due to Ymir being seen as a lesbian.

Ymir and Historia were extremely close, and they both felt a strong sort of attraction towards one another. Connie mentioned how Ymir was only serious when it came to Historia. Ymir's words; "Live your life with pride" had a major impact on Historia's descisions, and went as far as to reject the Founding Titan that Rod Reiss, her father, attempted to make her inherit from Eren. Ymir’s ability to see through her “Krista Lenz” persona allowed her the freedom to reclaim her true identity and name. Ymir told Reiner that he wouldn't understand her love for her, and said that the way she smiled at her and stayed with her felt special. When Ymir begged Historia for help, Historia claimed that even if they had secrets to hide from each other, Historia will always be by her side, and stay as her ally. She states that whenever she is with Ymir, she feels as though she can do anything. Later, Ymir in her Titan form strokes Historia’s hair while apologizing and then leaves with Reiner and Bertolt. Historia is left in shock, and suffers a mental breakdown. She begs Eren to use his Titan powers to help bring Ymir back and demands that they have to do so else she’ll be taken “far away”, but quickly is told to calm down due to her exhaustion. At that moment, she loses grasp of who she is, and becomes the Historia who doesn't care about humanity. In a letter addressed to Historia that was delivered by Reiner, Ymir apologizes for hee actions and explains how she never thought she'd go with Reiner and Bertolt instead of her. There, she explains her past, and says that the only regret she'll die with is not being able to marry her. There, Historia cries and calls her an idiot, saying that Ymir'd laugh it off each time she'd blush.

In the Junior High Manga, Historia tells Ymir that they're the only stable couple inside the school, and Historia has expressed numerous times romantic feelings for Ymir. When it was Valentine's Day, Historia passes chocolate to Ymir; and she asks if the chocolate means anything special. Historia initially refuses, but becomes embarrassed as the latter asks questions, and admits that she is interested in Ymir. When Ymir is taken to the hospital after fainting in a gift shop, Historia stays by her side until she wakes up. She does, and Historia claims that she wants to stay with Ymir, and the two reconcile and walk home together. 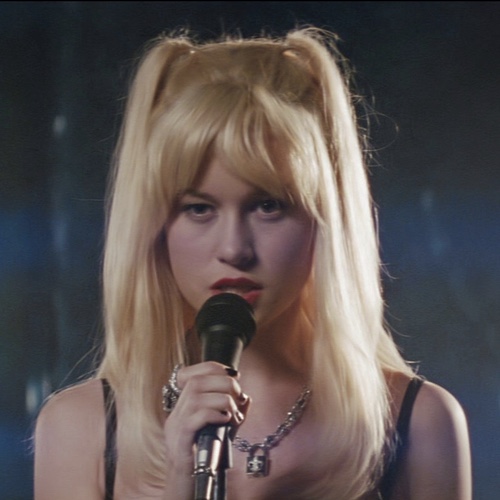 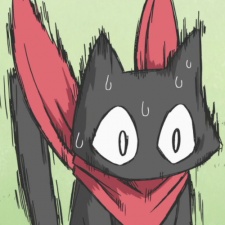